CNS was started with an objective of Observe, Learn and appreciate nature. CNS has been conducting non-stop bird watching programs on every weekend since its inception (Sep 2012). Every Sunday, the members carpool and visit various bird watching hotspots located in the vicinity of Coimbatore city. The birds seen in these trips are meticulously noted down and reported to online platforms like eBird and being circulated within the group. 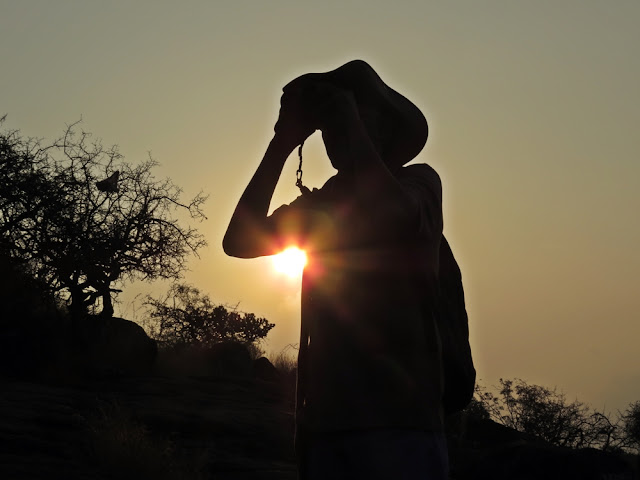 Popular posts from this blog

Come in September to Coimbatore, the migratory birds start arriving at the fresh water lakes in and around the city. This season (2012-13) saw flow of birds much earlier. As the western coast of India did not have enough rains, the migration to Coimbatore started earlier and also some new birds never found so far and birds not found for so many years visited Singanallur, Sulur and other tanks in and around Coimbatore.

Bird watchers in and around Coimbatore cherished their happy moments with these migrators. The early visitors were Painted Storks, Spott-billed Pelicans and Red-rumped Swallows. These are local migrants. The other visitors included Pied-crested Cuckoo, Indian Pitta, Rosy Starlings, Garganey, Whistling Ducks, Woolly-necked Stork, Eurasian Spoonbills, White-headed and Glossy Ibis. However, amidst of Median Egrets, a grey coloured bird was seen. It was identified as Western Reef Egret. Some people spotted Heuglin's Gull at Singanallur Lake.

An order of transfer to Tirunelveli landed me in the Central Excise Office premises whose grounds included the Staff Quarters. I occupied the Quarters around July 2017 just when the GST law in the Country was rolled out. New environment kept me in a state of awareness. The first night I spent in the said Quarters which I vividly remember.

The morning or pre-dawn hundreds of birds in the surrounding woke me up by 3.30 AM with their cacophony. I have heard such calls only in the VOC Park at Coimbatore. I felt like being in that Park at the early hour. Gradually I got used to the calls of birds most of which I later learnt to be House Crows and Common Mynas.

My office was about 40 meters away from my home and during the short walk one cannot miss the noisy babblers. The Asian Koels were always heard all through the day. Since I did not know the names of any bird I just listened to the music they played vocally.

During September I heard a mesmerizing call at about 7.15 AM and ran out with…
2 comments
Read more

It was an usual early morning birding walk. I saw this beautiful male Greater Painted Snipe foraging in the shallow waters of Vellode Bird Sanctuary in Erode. I was surprised to see this incredibly shy and cautious bird, out in the open waters.

I crept along the ground and moved towards him with utmost caution. I did not want him to take flight at the sight of me. Just as he went behind that small bund in the photo, I immediately took the opportunity to get real close to him as his sight was obstructed by the bund. Lying down, I waited patiently for him to come to the open from behind the bund.

After a few minutes he returned to the open area and it was his time to get surprised. He looked at me with those gorgeous eyes. He raised his neck, tucked it back in and was looking at me measuring his safety. I enjoyed this eye game that he played with me and was clicking away happily.